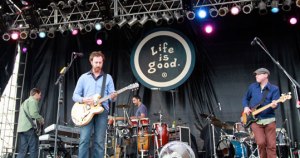 My sister recently wrote about the possible resuscitation of her faded love for the band Guster. I really identify with the phenomenon of hearing old music anew through the experience of her child because I have watched my daughter and son learn to love music bit by bit and have had my sense of wonder and mystery reborn through them.

But I also identify with my sister’s confession of perplexity, that something she once loved so much is now so distant and strange. I think that  the nostalgic fit of self-doubt that comes in such moments is in part a function of our own sense of aging and mortality. But there is something undeniably true about the band: their music has changed. But, then again, so have we.

END_OF_DOCUMENT_TOKEN_TO_BE_REPLACED

Now that my daughter is getting older and is starting to recognize music, I’ve been making a point to introduce new and different music to her. Her tastes have started to change as she has grown, though Queen remains her number one choice, as it has been since about 3 months of age. She now loves Tom Petty and Johnny Cash, but doesn’t like the Aladdin soundtrack or anything by Bruce Springsteen. She currently favors Tchaikovsky over Mozart. 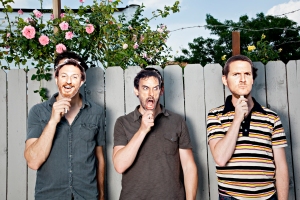 Much to my dismay, she does not seem to like New Kids on the Block—however, we’ve got lots of time to change that. Most recently, while driving around in my “Grocery getter”, as my husband refers to my SUV, during a fun errand-filled day with my toddler in the backseat, (as a brief aside—I sometimes think it’s easier to defend those charged with murder than be a full-time mother, wife, housekeeper and errand runner—but that’s a different story for a different day),  for some reason, still unknown to me, I decided it was finally time to introduce the little one to Guster.

I plugged my trusty hot-pink iPod nano (which I received for my birthday in 2006 7 ½ years ago and it STILL works—not sure what the deal is with my older brother and his iPod problems!) into the “Aux” cord and let the sounds of Guster fill the car. I was very pleased to see how my mini-me reacted. She clapped her hands and relaxed into her carseat and a very content smile spread over her face, and she sat remaining in that state, calm and happy, as we continued to drive around town.  I mentioned to my brother the elder J that his niece is a fan of Guster and he encouraged me to write about this and to inspire him to finally write about Guster!