In honor of the return of the Red Sox to the World Series, here are the songs I was listening to when they finally broke the ‘curse’ in 2004.

2004 was a year that in retrospect was one of transitions. The world of media was in the throes of cyclical change in musical tastes intensified by uncertainty with the rise of the iPod and internet music. The world was still at war with a US presidential election in the works. And I was moving along in graduate school only to have the entire process stalled and then accelerated by a fire.

In early 2004, there was a fire in my apartment in NYC that basically destroyed everything. Now, I could offer this as a narrative of the challenges I faced and the loss I suffered. But even at the time I realized that the event was cleansing and liberating. I was already somewhat nomadic (staying at my future wife’s place in Washington Heights or crashing on friends’ couches) and I spent most of my days in the library, a classroom, or the gym.

END_OF_DOCUMENT_TOKEN_TO_BE_REPLACED

So, over the weekend while I was escaping my 35th birthday Grantland’s contest to find the best song of the century continued without me and without my very valuable commentary on the matter. For the time being, or all time let’s say, I’ll pass over the absurdity of the contest, the fact that it is just a bald attempt to garner some page hits, and the obscenity of the music that has been left out and just focus on celebrating the fact that Beyonce has been swept from the bracket. 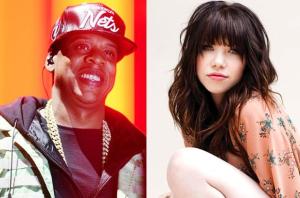 There is no way this is a fair fight.

END_OF_DOCUMENT_TOKEN_TO_BE_REPLACED

If you do not expect the unexpected, you will not find it.
For it is not easy to find by search or by trail.

Songs of the Year: “Sha Sha,” Ben Kweller; “Such Great Heights,” The Postal Service
Runners Up: “We Used to Be Friends,” The Dandy Warhols; “Jesus on the Radio,” Guster
Honorable Mentions: “Hurt,” Johnny Cash; “I Believe in a Thing Called Love,” The Darkness

END_OF_DOCUMENT_TOKEN_TO_BE_REPLACED

2001 was a crazy year. My brother wrote about it in pretty heavy fashion a few weeks ago and, besides the fact that I have not written a “songs of the year” post in some time, I felt I could add some things since I experienced the year much differently as a sophomore in high school. I distinctly remember hearing about the plane hitting the first building and thinking that I hoped my brother was ok. I knew from my frequent trips to the city that his NYU offices were not in close proximity to the towers, but who knows?

I was in Honors Algebra 2 listening to my teacher drone on about polynomials when someone with a laptop got the first headlines. I called my mom who tried calling my brother and she eventually got the message that he was alive/well and actually saw the second plane hit the other tower. That is extremely heavy and I commend him for writing about the experience. This was a dark period in the history of our country and the shadow looms today and probably forever after.