Well, maybe I’ll call or write you a letter.
Now, maybe we’ll see on the Fourth of July.
But I’m not too sure, and I’m not too proud. 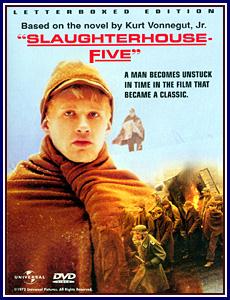 Sometimes songs stick to a moment in time and every time you hear them you pull a Billy Pilgrim (Bam! You’re unstuck in time). More often than not, for me, when a song exerts a strong enough gravity it pulls in divergent directions.

Songs that do this don’t have to be ‘great’; shit, I don’t even have to like songs all that much to begin with for them to become anchors or bookmarks in time. One example is “Good” by Better than Ezra.

(Side Note 1: I had the fortune (from my perspective) of becoming friends with someone named Ezra soon after Better than Ezra’s popularity had peaked. He single-mindedly abhorred the band. But, then again, he professed undying affection for Semisonic and spent most of his free time copying Pearl Jam bootlegs. Needless to say, I used the phrase “better than Ezra” around him whenever humanly possible. Yes, I am that charming.)

Now, Better than Ezra was/is a quintessential bubble band from the mid.-late 90’s. I call it a ‘bubble’ band, because like tech stocks at the end of the millennium and housing prices in Nevada five years ago, the band’s ‘value’ was artificially inflated by the time—a period during which producers, labels and djs were all in search of the next big band, all desperate to make money off of the unheralded talent, the diamonds in the rough.