Songs of the Year: “Yellow” Coldplay; “The Next Episode” Dr. Dre

Runners-Up: “Get Off”, The Dandy Warhols; “The Real Slim Shady” Eminem

The year with big releases by Radiohead and Greenday as well as by tertiary punk bands like Blink-182,  Sum 41 and Good Charlotte saw the charts dominated by acts from the 1980s (U2, Bon Jovi and Madonna) even as other bands released exciting albums ( Bright Eyes’ Fever and Mirrors, The White Stripes’ De Stijl, Coldplay’s Parachute, The Weakerthans’ Left and Leaving, WyClef’s mediocre Ecleftic, The Dandy Warhols’ Thirteen Tales from Urban Bohemia and Outkast’s Stankonia).

My Year 2000 was dominated by new technology and new contexts. I had a job doing hack writing for an Internet startup—so I was paid well to sit in my small bedroom and write all day. What did I do while writing? I listened to music. Where did the music come from? No, I was not into Napster (too much work and too much bandwidth, I had a dial-up!); I joined CD clubs again.

(Two notes: First, because of my noise-making in college I was ‘invited’ to move off campus; I found a dirt-cheap room that had been converted from an old pre-war pantry. To fit a desk into the room, the bed was raised over six feet off the floor. Second, I miss the golden age of the internet. Anyone, I mean anyone, could make money.) 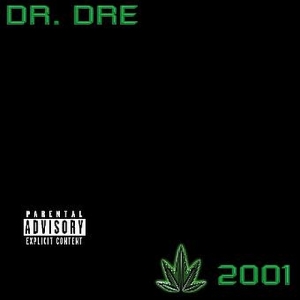 I started to do what I have always done when I join CD clubs—I ordered music I had missed out on (I finally bought Weezer’s albums and Green Day’s Dookie), I started to collect everything by bands I liked (soon I possessed every Talking Heads Album) and I started to take risks. I ordered the Fugees’ first hit. I ordered The Miseducation of Lauryn Hill. I ordered Dr. Dre’s 2001.

What brought about this sea change? Here’s where the other contexts come in. I balanced my sedentary lifestyle by turning my occasional feints with the gym into a daily routine. Rather than saddle myself with a CD player (this was before the iPod, mind you) I gave in and listened to whatever was playing on the radio. It wasn’t until I moved to this godforsaken state that I entered a gym that didn’t play hip-hop.

The problem with, or the magic of, music is that even if you really hate something to begin with, given enough time, the music undermines your convictions. It starts innocently. First, you hate the music. Then you sing along to mock it. Before you know it, the irony drains from you and you end up genuinely appreciating when a song plays.

I used to go to the gym, from time to time, with the Historian who had, on many occasions, tried to convince me of the value of hip-hop. My game in the weight room was to quote to him lines from songs that had played during our time there to show how ridiculous they were out of context (or even in). So, for instance, I would pass him in the hall and say “Hey, when you’re out in the club, don’t think I’m not” or, more typically “Hey, hey, baby, I’ve got your money”.

I distinctly remember standing at the far side of a weight room and hearing Dr. Dre’s “The Next Episode” for the millionth time. While doing curls or some ridiculous thing like that, I found myself moving to the beat, listening to the lyrics and connecting the dots between the Dr. Dres I had known in my life. See, I remembered NWA and The Chronic. I never liked “Gin and Juice” and all of that—but there was something about “The Next Episode” that I could not avoid or deny. So I gave in. I ordered the album.

The next context that dominated the year was the Bar. Or Bars. For the first time, my friends were predominantly people old enough to go to bars where the radio wasn’t playing and where random strangers selected our background music from the jukebox. Hip-hop was the mainstay, of course, but I also  remember hearing Coldplay’s “Yellow” for the third or fourth time and, through the haze of cigarette smoke and Bushmills, believing it to be an utterly sublime song. On this occasion, I told the Historian of my conviction. He mocked me. He mocked the song. I don’t know if he ever learned to like it.

2000 was also a year of outdoor parties. A final memory. One night, at a graduation party in the middle of a quad with refreshments provided for free, I found myself dancing in the rain with a woman who was over six feet tall and wearing leather pants. As a man of average height who does not dance to begin with, this was a challenging situation. In addition, I was, for reasons better left unsaid, unsteady on my feet.

The songs that played back to back? DMX’s “Up in Here” and Eminem’s “The Real Slim Shady.” The details of the evening that led to that moment and issued from it are not that important, but the final result is. Well into the AM, a kind friend dropped me off at my apartment after rescuing me from the stoop of the apartment of someone I had just met. Somewhere during the evening, I had lost track of the Giantess. It seems that in the meantime I had made a mess of myself and a fool to boot. 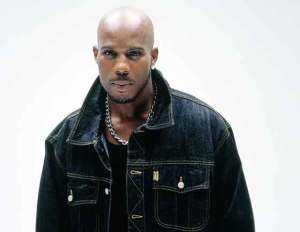 not someone to mess with

When I got home, the world was upended and it was all I could do to stumble inside the crumbling house and climb the ladder up to my bed. Upon lying down, those two songs from earlier in the evening had become one. Together, DMX and Eminem were shouting in my head: “Please stand UP in Here”. But, alas, when your bed is six feet off the floor, there is nowhere safe to stand